Featuring my own cartoons and features on artists, comics and cosplayers.

Happy New Year to all

Hello there, here is wishing everyone a safe and Happy New Years.

As some may have noticed the postings have become less frequent in the past fews months, and for this I do apologize; however this was due to the time needed to create some upcoming original content and plans to design this page for easier navigation.

In the New Year there will be continued articles on independent comics, artists and cosplayers; but there will also be added an art gallery, store link and the start of a series of self contained short story comics.

The art gallery will be updated as new work is completed and the comics will be once a month with the goal being to create an ongoing weekly comic, but that will be further into 2017.

For now I'll leave you with a quick sample, (unfortunately a phone image) of upcoming work:

Looking forward to seeing everyone in 2017. 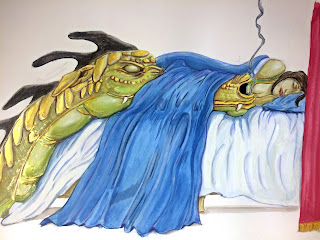 Posted by John Goodale at 14:17 No comments: 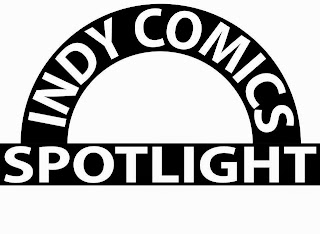 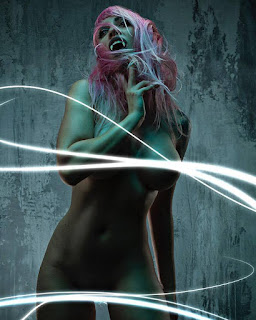 Using the tagline ‘I’ll break your heart and beat your high score’ is how American cosplayer Vivid Vivka introduces herself through her social media. 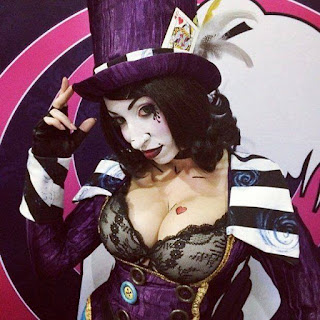 A long time comic book, game and movie fan Vivid Vivka states that between all the times she has dressed up for parties, clubs Halloween and events; she can’t really say (with any accuracy) when she started to cosplay. 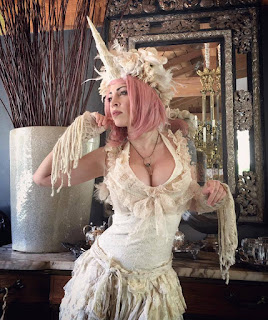 Both a cosplayer and nude model, Vivid Vivka (through the use of Patreon) was able to dissolve her hair business (which she said she hated) and begin costuming (and modeling) full time.
She also has hopes/plans to start a YouTube Channel and Twitch stream to show people how to make costumes, and to keep her fans up to date on her activities and works in progress. 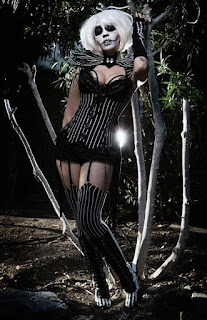 Something her legions of dedicated fans will further appreciate alongside her constant recognition of their devotion. Vivid Vivka states that she reads everything and replies to people, as quickly as her schedule allows. 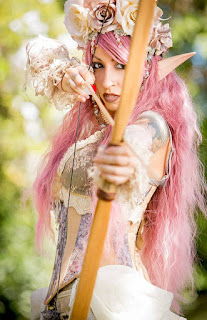 As mentioned Vivid Vivka models (in various states of dress) and has appeared on television, videos, comics and various magazines; and she in not shy about how daring she chooses to be with her costumes and in her photoshoots.
This does not mean that she is oblivious to how others may feel, and tells fans (on her Patreon page) that she has no problems with ‘Safe For Work’ imagery and does want to be informed (by fans) if that is what they wish to receive. 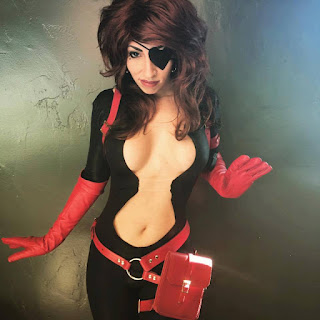 Unfortunately her lack of fear (at baring all) has drawn some unwanted attention by people who don’t seem to realize that just because a woman is willing to appear in a sexy costume (or for a nude photo) does not give them the right to call her names or try to get a cheap thrill; and has spoken about it at length (along with others) through the ‘Cosplay is not Consent’ organizations. 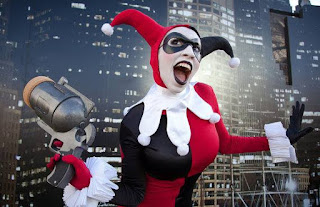 Basically folks-  if you want to keep seeing hot women in amazing costumes – keep your hands and nasty comments to yourself around them. The world doesn’t owe you a luxury vehicle you can’t afford any more then cosplay models owe you a free feel, or be your verbal punching bag. 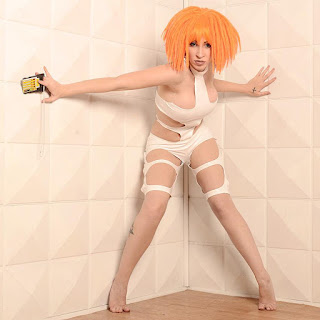 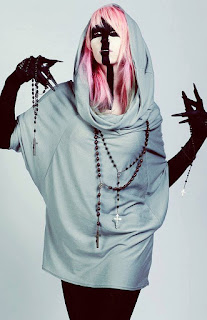 Posted by John Goodale at 10:37 No comments: 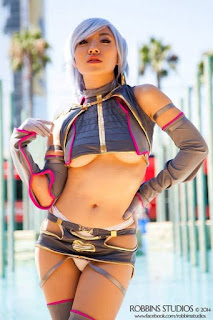 The cosplay of Stella Chuu

To simply pin New York native Stella Chuu as a cosplayer only, would be a missing the mark by a long shot.
Now, while there’s nothing wrong with becoming known for strictly cosplay work (as there are many great cosplayers out there) sometimes, not looking beyond the costumes, can mean missing out on a great deal from an individual.
And this certainly applies to Stella Chuu. 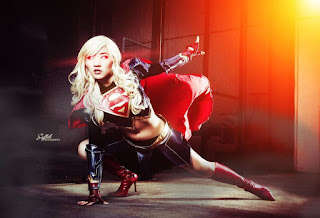 A Mobile App designer by profession, Stella Chuu divides her after work hours between cosplay, costume work, her media and her burlesque performances. 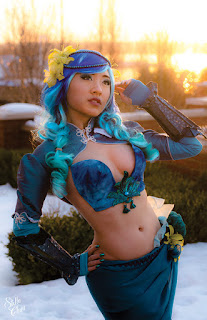 While Stella Chuu is quite comfortable wearing next to nothing in her burlesque appearances, and isn’t afraid to wear revealing cosplay costumes, this doesn’t mean that Stella Chuu doesn’t have a sense and where and when; those of you who criticize ‘all’ cosplayers for impropriety – take note.
Chuu said, in one interview, that her most revealing cosplay consisted (mainly) of a thong and a top that revealed both her midriff and a healthy dose of underboob. However, Stella Chuu added that she chose to wear this costume at an 18+ only convention, and that she always chooses more toned down costumes for all-ages events out of respect for the people attending. 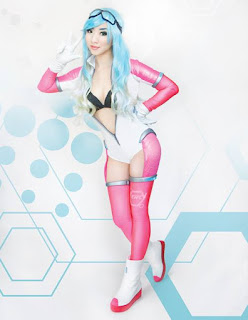 Despite her willingness, (and ability) to wear revealing outfits, does not mean that Stella Chuu is someone who is so obsessed with how good she looks that she would run others down.
Far from it.
The Twitch partner regularly teaches self-confidence to others, and encourages cosplayers (of all levels) to DIY for their costumes, at the events she attends around the country. 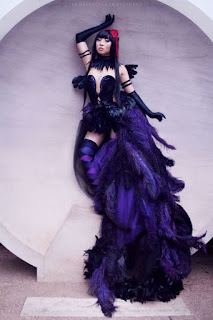 You can follow Stella Chuu through both her Facebook and personal webpage (stellachuu.com), or purchase items through her Storenvy page. 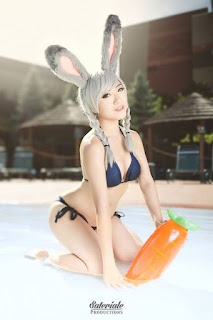 Posted by John Goodale at 19:16 No comments: 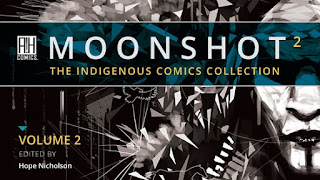 Last year I talked about (and promoted) the AH! Comics title Moonshot Vol.1.

This was a collection of native stories, by native comic artists, which did extremely well when it was released.
Helmed by editor Hope Nicholson, AH! Comics collected (and delivered) an incredible title that was as beautiful to look through as it was to read.

Leading up to the actual release date AH! Comics editor-in-chief Andy Stanleigh stated that he had hopes they would be able to produce Moonshot as a series; and true to his word it looks like they are going to do just that.

With Hope Nicholson back at the helm to the next part of this series, Moonshot Vol 2 is moving full steam ahead.
Anyone familiar with AH! Comics knows that this is a team who consistently produce quality work, so already there are high expectations for Vol.2 to be every bit as good as everything else offered in the AH! Comics library.

At this point Moonshot Vol.2 is still in the midst of its Kickstarter campaign, which you can help fund through this link.

As with Vol.1 I will keep you updated as the title develops.
Posted by John Goodale at 18:37 No comments: